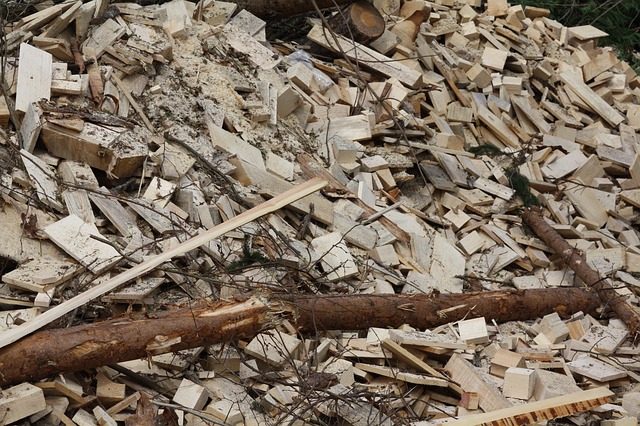 Electricity from biomass – biopower – gets little attention, and little respect.

When I started my energy career in the early 1990s, wind power was nascent, solar was crazy expensive, geothermal was geographically limited, and hydro had seen its day.  So those of us who wanted to see a renewable energy future learned a lot about biopower.

The groundbreaking 1993 report from the Union of Concerned Scientists, Powering the Midwest, laid out a vision for renewables, relying on wind and biomass.  I was a research intern at UCS in Cambridge in 1994, so PTM was a big influence on me.

I went to grad school in Wisconsin, which has vast potential for bioenergy, from forestry, farming, and dairy especially. When I left Madison I got a box of biomass as a going-away present, filled with RDF pellets, poplar, and switchgrass. I still have it.

Of course, times have changed.  Over the past two decades wind and solar have matured in technology and come down in price, and are busy taking over the world.  Biopower has simply stagnated.

Biopower suffers from some fundamentals that prevent it from falling in price.  Namely, it takes a lot of work to collect all that stuff and get it to a power plant.  Wind and solar are manufactured technology with very low operating and maintenance needs.  Once installed, wind and solar require hardly any people to run.  Biopower requires a lot of people.

As an advocate, I always thought that was a strength, especially for rural policymakers trying to create jobs in destitute areas.  The rural South, with lots of trees and lots of poverty, seemed like a perfect place for biopower.

But lots of labor means higher electricity costs, turning off utilities and policymakers.

Biopower also turns off many of the environmental advocates that are the biggest champions of clean energy. Trees, after all, are for hugging, not for burning. Forest conservation advocates are trying to reduce demand for wood, and impose sustainability requirements on what does get harvested.

Environmental justice advocates are concerned about particulate emissions in the neighborhoods of biopower plants, which are often in poor and rural communities. Adding scrubbers on small plants raises production costs even higher, making it even less economical.

Climate advocates have found that the carbon issues of biopower are quite complicated.  Could be good, could be bad, depends on the feedstock, the conversion efficiency, what is displaced, what would have happened to the feedstock anyway…it’s mind bending, and more conducive to science than to policy.

And with wind and solar booming, and biopower stagnant, why get involved?

Nonetheless, a handful of stakeholders do carry on promoting or fighting biopower. The most recent trigger is an ongoing dispute at the EPA about how to count the carbon emissions from biopower in the Clean Power Plan. After five years of debate, a scientific advisory board has yet to issue any guidance to EPA. Some industry players, like the National Association of Forest Owners (NAFO) went to their friends in Congress to end the uncertainty, to declare biopower “carbon neutral.”

Neutral is one answer: could be more, could be less – it depends.

But policymakers don’t deal well with so much uncertainty, so they broadly approved the declaration.  Now with the Clean Power Plan on the chopping block in the Trump Administration, it may not matter much.

Anyway, this is a long way of announcing a new three-part series that I wrote for the Energy Transition blog, from the Heinrich Böll Foundation.  The series starts this week by talking about the myths and facts of biopower, then spends a lot of words delving into the carbon accounting morass, and finishes with some thoughts about the future.

I’m especially proud of this graph I made, lining up all of the Annual Energy Outlook (AEO) forecasts of future biopower growth in the US.  As you can see, they have steadily revised expectations down, to the point where they see no growth at all. These forecasts were the source of much panic among anti-biomass people, though the analysts I knew never took them seriously.

By the way, the graph is interactive, made with Datawrapper.  You can mouse over it to see values.

In fact, it is entirely likely that biopower production will fall.  Just like with nuclear power, non-energy benefits are undervalued, yet all the revenue comes from electricity sales.  Without a public policy intervention to pay for forest health, waste disposal, emission reductions, and rural economic development, biopower could fade.

Biopower is the most complex subject in energy policy, I think, and even three long blog posts only begin to do it justice.  Feel free to comment on the Energy Transition blog posts.